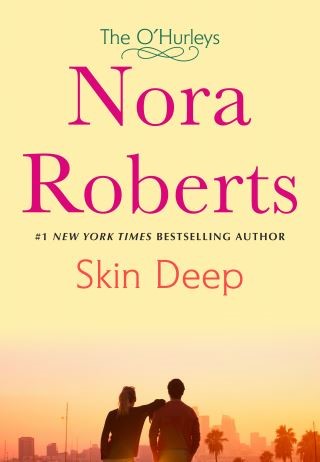 In the O’Hurley novel Skin Deep, #1 New York Times bestselling author Nora Roberts zooms in for a close up in this story of a movie star being stalked by a dangerous admirer and the man determined to protect her.

Beautiful and talented Chantel O’Hurley makes box office gold with every starring role. But fame and fortune come with a price: fans. While most of them are just average folks looking for an autograph or a photo op, there’s one fan who desires more and won’t take no for an answer. As his behavior becomes more threatening, Chantel reluctantly hires hardboiled P.I. Quinn Doran as a bodyguard. Initially unable to see past his client’s Hollywood glitz and glamor, Quinn realizes Chantel’s appearance is deceiving—and that there’s a tale of romantic suspense building between them.