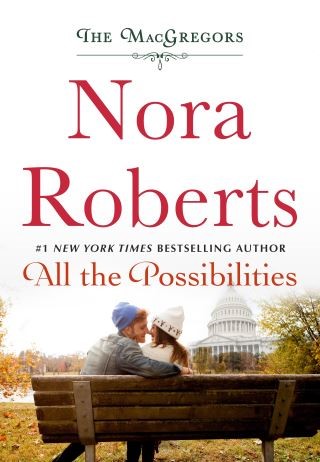 The MacGregors return in All the Possibilities, #1 New York Times bestselling author Nora Roberts’ story of a man and woman divided by familial history but driven towards one another by passions that refuse to be denied.

Shelby Campbell caught Senator Alan MacGregor’s eye. Among the ambitious influencers stalking Washington D.C.’s hallowed halls, she stood apart from the petty politicians demanding his time. She had her own agenda that the Senator couldn’t fulfill, but awakened a desire in him unconnected to national diplomacy. However, Shelby and Alan are connected by an enmity shared between their families for generations. Unwilling to let the past decide their future, Alan commits himself to proving his love for Shelby—and healing both their hearts.