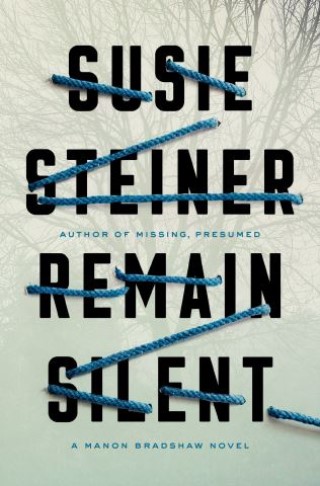 An immigrant’s mysterious death sets off a chilling hunt for the truth in this gripping crime novel from the author of Missing, Presumed, featuring a “delightful protagonist who deserves a place alongside other beloved literary detectives” (Kirkus Reviews, starred review).

Newly married and navigating life with a preschooler as well as her adopted adolescent son, Manon Bradshaw is happy to be working part-time in the cold cases department of the Cambridgeshire police force, a job that allows her to potter in, coffee in hand, and log on for a spot of Internet shopping—precisely what she had in mind when she thought of work-life balance. But beneath the surface Manon is struggling with the day-to-day realities of what she’d assumed would be domestic bliss: fights about whose turn it is to clean the kitchen, the bewildering fatigue of having a young child while in her forties, and the fact that she is going to couples counseling alone because her husband feels it would just be her complaining.

But when Manon is on a walk with her four-year-old son in a peaceful suburban neighborhood and discovers the body of a Lithuanian immigrant hanging from a tree with a mysterious note attached, she knows her life is about to change. Suddenly, she is back on the job full-force, trying to solve the suicide—or is it a murder—in what may be the most dangerous and demanding case of her life.

Susie Steiner: Susie Steiner is a former journalist at The Guardian, where she worked as a commissioning editor for eleven years. Prior to that, she worked for The Times, the Daily Telegraph, and the Evening Standard. She lives in London with her husband and two sons.